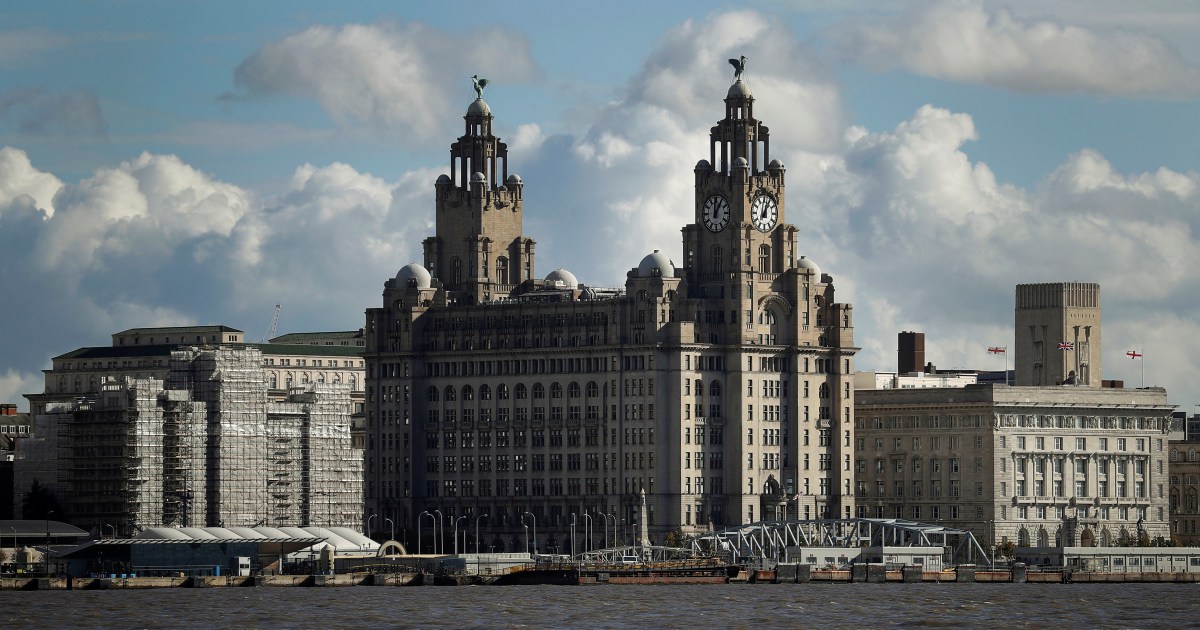 English port city becomes only the third site to have designation revoked by the United Nations’ culture organisation.

The English port city of Liverpool has been removed from UNESCO’s list of world heritage sites, making it only the third site to be removed from the prestigious list.

The United Nations’ culture organisation’s World Heritage Committee voted in a secret ballot to remove the designation on Wednesday because of developments in the city centre and on its historic River Mersey waterfront.

The committee said the projects, including a planned new stadium for local football club Everton, were “detrimental to the site’s authenticity and integrity” and had caused “irreversible loss of attributes”.

But civic leaders in Liverpool expressed outrage over the decision, which came a decade after UNESCO officials last visited the city.

“Our World Heritage site has never been in better condition having benefitted from hundreds of millions of pounds of investment.

“But, whatever happens, Liverpool will always be a World Heritage city. We have a stunning waterfront and incredible built heritage that is the envy of other cities.”

Liverpool was named a World Heritage Site by the United Nations’ cultural organisation in 2004, joining landmarks such as the Great Wall of China, the Taj Mahal, and the Leaning Tower of Pisa.

The city, which is the hometown of famous British rock band The Beatles, was put on the list in recognition of its role as one of the world’s most important ports during the 18th and 19th centuries and for its architectural beauty.

The docks declined and became derelict in the 20th century, but have been restored with museums, shops, bars, restaurants and new housing developments, making Liverpool a symbol of urban renewal.

The only other sites stripped previously of the World Heritage Site title are a wildlife sanctuary in Oman in 2007 after poaching and habitat loss and the Dresden Elbe Valley in Germany in 2009 when a four-lane bridge was built over the river.

The heritage label gives historic sites access to UN conservation funding as well as featuring in tourist guidebooks across the world.

The threat of being delisted by UNESCO has hung over Liverpool since 2012 after the body warned that plans for flats and offices would destroy the city’s skyline.

An experts’ report considered by the World Heritage Committee prior to its decision on Wednesday said “inadequate governance processes, mechanisms, and regulations for new developments in and around the World Heritage property” resulted in “serious deterioration and irreversible loss of attributes”.

Plans for Everton’s new stadium on part of the city’s former docks were approved earlier this year despite objections from conservation bodies.

But Steve Rotheram, mayor of the wider Liverpool city region, said UNESCO’s move was “a retrograde step that does not reflect the reality of what is happening on the ground”.

“Many of the sites cited by UNESCO are in communities sorely in need of investment,” he said.

“Places like Liverpool should not be faced with the binary choice between maintaining heritage status or regenerating left-behind communities – and the wealth of jobs and opportunities that come with it.”

Tanzanian president gets COVID-19 vaccine dose, urges others to follow her lead