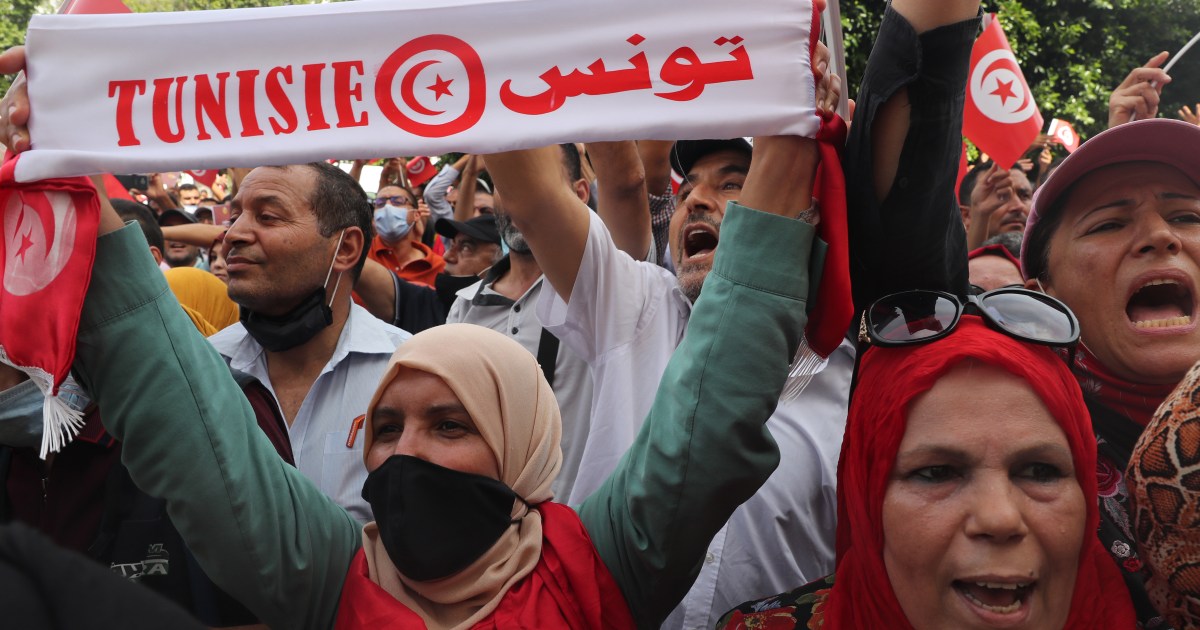 Hundreds of people took to the streets of the Tunisian capital to protest President Kaïs Saied’s recent decrees bolstering the already near-total power he granted himself two months ago.

They include the continuing suspension of the parliament’s powers, the suspension of all legislators’ immunity from prosecution, and a freeze on their salaries.

In July, Saied decided to sack the country’s prime minister, suspend parliament – whose powers are now frozen – and assume executive authority, saying it was because of a national emergency.

His critics called it a coup.

Protesters on Sunday demanded the country’s constitution be respected and parliament reinstated.

Dozens of Saied supporters held a counter-protest but were separated by security barriers.

On Saturday, more than 100 Ennahdha party officials announced their resignations to protest the movement’s leadership.