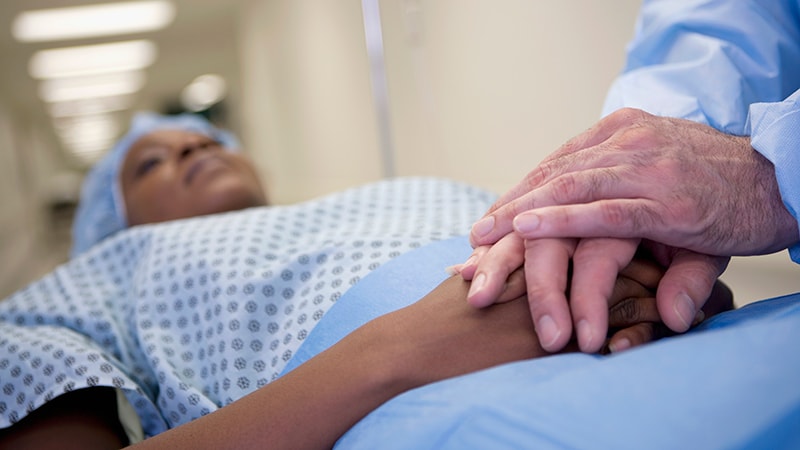 Black patients experience disparities in several safety measures compared to White patients seen at the same hospital, although the data are not consistent across safety measures, according to a report on safety events from 26 states in 2017.

“Investigating within-hospital racial differences in patient safety is critical to understanding what progress, if any, has been made in improving racial equity in health care,” he said.

In a new report published by the Urban Institute, Gangopadhyaha and colleagues used 11 patient safety indicators, including four related to general patient safety and seven related to adverse events associated with surgical procedures, to assess racial disparities in the quality of inpatient care. The report was based on the experiences of Black and White patients in 2017 in 26 states. The investigators used discharge records from the Agency for Healthcare Research and Quality’s (AHRQ’s) Healthcare Cost and Utilization Project. AHRQ software was used to identify patients who were at risk for a particular event and which patients experienced that event.

Black Patients Fare Worse on Half of Indicators

Compared to White patients, Black patients experienced significantly higher rates of hospital-acquired illness or injury during or shortly following surgical procedures. The differences remained after controlling for insurance type, which suggests that insurance coverage had limited impact on disparities in quality of care, the researchers say.

The study findings were limited by several factors, including the potential misclassification of racial backgrounds by hospitals in comparison with how patients self-identify, the inclusion of data from only 26 states, and variations in insurance plans, the researchers note. “Moreover, this analysis uses data from three years before the COVID-19 pandemic, so many hospital protocols, including patient safety protocols, may have been significantly updated since this analysis,” they say.

Patients should be made aware of options for reporting disparities in care, the researchers emphasize. “The Centers for Medicare and Medicaid Services requires hospitals to inform all patients of their rights, including the right to express grievances about the care they receive,” they say. “Informing patients of their rights and available means of response to substandard care will help spotlight potentially problematic actors to regulatory agencies, insurers, and peers,” they conclude.

The study was funded by the Robert Wood Johnson Foundation. Gangopadhyaya has disclosed no relevant financial relationships.

Heidi Splete is a freelance medical journalist with 20 years of experience.