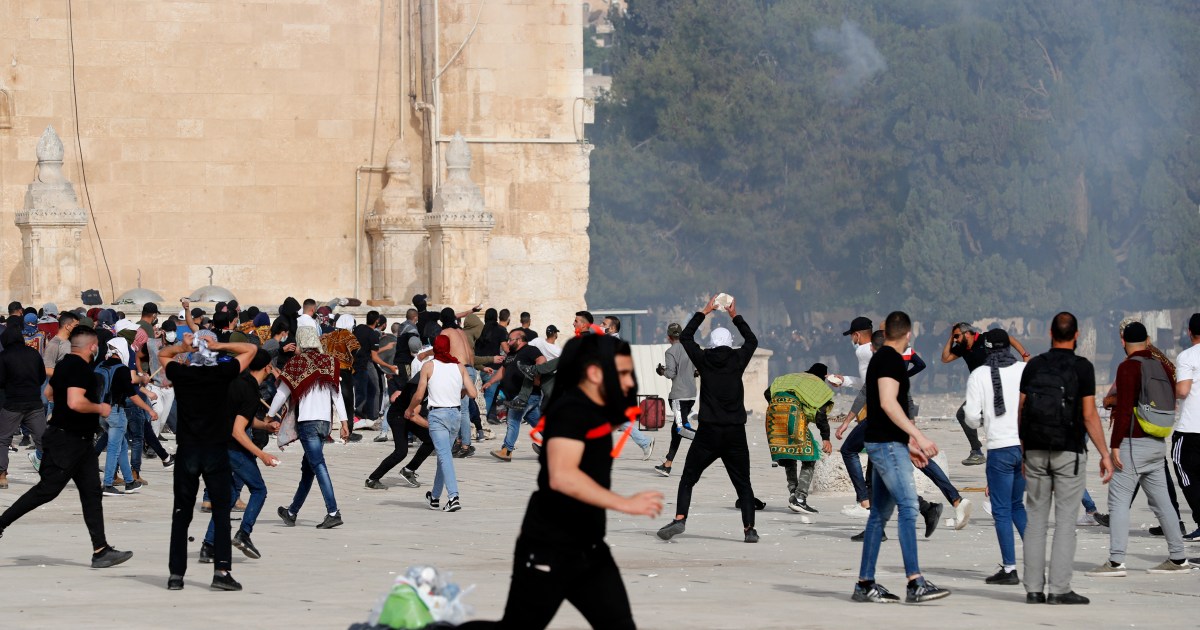 Israeli helicopters were seen flying above the compound.

Dozens of Palestinians were wounded, the Palestinian Red Crescent said, adding its medical teams were prevented from accessing the scene of the violence.

Israeli security forces entered through the Mughrabi Gate where thousands of Jewish settlers were waiting outside ahead of “Jerusalem Day” marches, marking Israel’s occupation of East Jerusalem in 1967.

Sources from the Waqf Islamic Affairs reported many of the wounded were hit by rubber-coated metal rounds fired at worshippers.

Tensions have escalated in Jerusalem, the occupied West Bank, and the Gaza Strip throughout the Muslim holy month of Ramadan, amid growing anger about potential forced expulsions of Palestinian families in Sheikh Jarrah – Palestinian land claimed by illegal Jewish settlers.

Here are the latest updates:

The Palestinian Red Crescent said hundreds of Palestinians have been wounded, with at least 50 hospitalised.

The decision came hours before a planned march by hardline Israeli nationalists through the Muslim Quarter of Jerusalem’s Old City, an annual event widely perceived as a provocative display of Jewish hegemony over the occupied city.

Police have allowed the flag-waving parade to take place despite growing concerns that it could further fan the flames.