Skip to content
<img src='https://i.cbc.ca/1.6020127.1620595883!/fileImage/httpImage/image.JPG_gen/derivatives/16x9_460/colorado-springs-shooting.JPG' alt='Colorado Springs shooting' width='460' title='Police in Colorado Springs, Colo., said a gunman killed six people before killing himself at a birthday party on Sunday. ' height='259' /> <p>Seven people are dead after a man opened fire at a birthday party in Colorado on Sunday. The shooting happened just after midnight in a mobile home park on the east side of Colorado Springs, Colo., police said.</p> 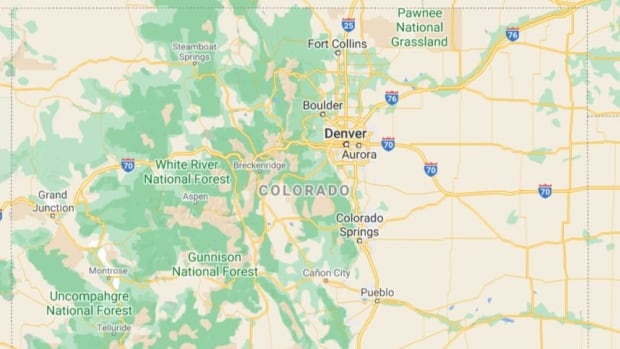 Seven people are dead after a man opened fire at a birthday party in Colorado.

The shooting happened just after midnight Sunday in a mobile home park on the east side of Colorado Springs, Colo., police said.

Officers arrived at a trailer to find six dead adults and a man with serious injuries who died later in hospital, the Colorado Springs Gazette reported.

“The suspect, a boyfriend of one of the female victims, drove to the residence, walked inside and began shooting people at the party before taking his own life,” a statement released by the Colorado Springs Police Department read.

A motive has yet to be determined.

“As the chief of police, as a husband, as a father, as a grandfather, as a member of this community, my heart breaks for the families who have lost someone they love and for the children who have lost their parents,” police Chief Vince Niski said in the statement.

“My vow to this community and to the families who have lost someone today is that this department will do everything we can to find you the answers you deserve and be here for you with an unwavering support.”

Police said they withheld releasing details of the shooting for several hours “in order to properly and respectfully notify family members of the deceased and ensure support was in place.”

The names of the victims will be released later, the statement said. Children at the shooting were placed with relatives.

The shooting, about 110 kilometres south of Denver, is the latest in a resurgence of mass shootings in the United States after such incidents seemed to recede during the height of coronavirus pandemic restrictions.

Among the incidents this year was one in Boulder, Colo., where a man has been charged with 10 counts of murder for a shooting spree at a supermarket about 50 kilometres northwest of Denver.